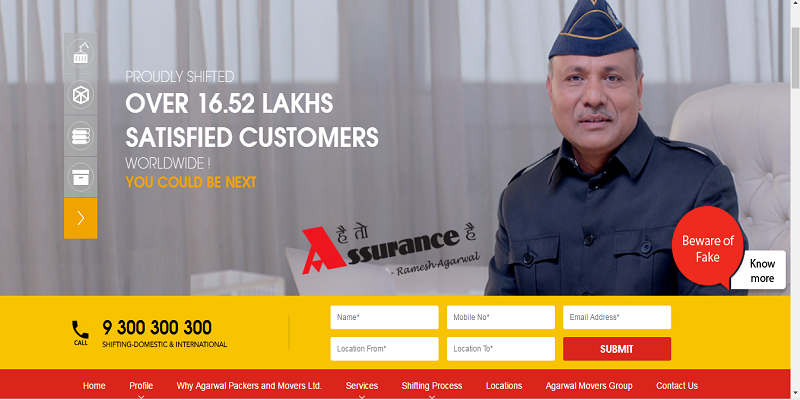 When Mr. Ramesh Agarwal left Indian Air Force, he had just Re. 1 in 1987 after donating all his earnings. He was wondering what to do with Zero Capital. An Indian Air Force officer, Mr. Subhash Gupta gave him an idea to start a service as Agarwal packers movers.

He started his journey as Agarwal Packers Movers in a rental office space, costing Rs. 250/month in Secunderabad. He used Airforce trucks, making 4 shifts for Indian Air Force. Today, this 30-year-old logistics giant works to shift around 82000 homes across India.

Being an Indian Airforce officer, the 54 years old entrepreneur understood the problems officers face, especially when they are based on shifts. Ramesh started to setting up the organization when Subhash gave an idea.

He added, “I considered the idea and conclude that it made sense. I knew things are not going to be easy. You have to deal with consignment notes, invoices, bills, and plenty of items. So, I started with taking a picture of a transporter from an officer and started the service for Airforce officers.”

Without any investment, it was a challenge for Ramesh to do market this across the base. By involving Rajendra Agarwal, his brother, Ramege started giving away his number in the popular calendars, which charged around Rs. 4000 to him. 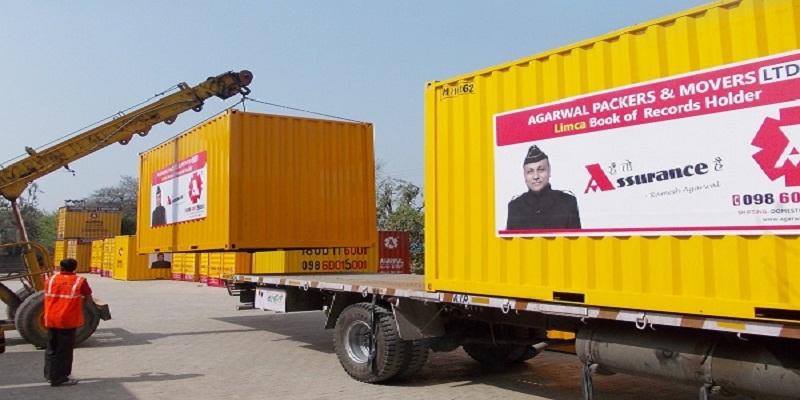 But, his friend’s mother came to the rescue and provided the capital required in a condition. He had to include his friend Vijay Kumar in founding team. Later on, Vijay exited the company and joined politics.

They made the first four shifts to bear the initial cost of office space. According to Ramesh, the company made Rs. 8000 as profit and they returned Rs. 4000 to Vijay’s mother and rest of money was used in operational costs.

Beginning from the period when there was no technology and mobile apps, Agarwal Packers & Movers has truly stood out of the crowd of every other player in the same industry. These days, several players are leading in packing and moving industry, but Agarwal Packers & Movers has the legacy in itself. There is Boxme to provide locker facilities, BoxMySpace in Mumbai for people who want to shift, and UrbanClap, a hyper-funded startup.

Ramesh considered it as one of the leading differentiates to create and work to form an emotional bond.

While explaining about their corporate philosophy, he added, “House shifting is not about money or shifting goods. A person is moving their memories with goods. Memories have sentiments related to the owner. In case a home owner has a vintage radio which is 30 years old which technically has no value, but it still has values in terms of emotions. Maybe it is because it was gifted by his grandfather or father. Your team should accept its value and give proper respect to it.”

According to him, no matter how many mobile apps you use and how ahead you are with technology, emotions should be ingrained in the ground staff and team who are engaged in moving in shipping.

It is difficult to hire the first 10 people who can bring the culture and spearhead, but it becomes easier after that. First 10 people are those who matter, according to him. So, he involved the forerunners from his village, Airforce and his friends. There is nothing better in this world than having a packer who treats your products the way they should be treated and works in a cordial way. A packer should listen to your needs and it’s not going to be a mindless race, according to banking executive who is 40 years old and used their services.

The team acquired the first truck of their company through Cholamandalam Finance. They approached Agarwal Packers with a truck procured by someone else and couldn’t paid for. Agarwal Packers & Movers funded by GE Capital in 1993 to procure more trucks and the fleet size soon started to grow and expand. 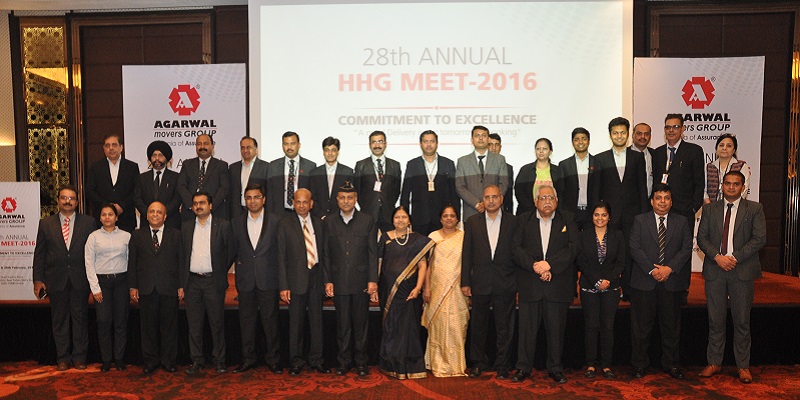 There were just open trucks in the market when they started up initially. It was challenge for the team to reach the top of the truck and cover it with a rope and canvas cloth. No matter how much they worked, it was still not the best way of transportation and to move goods inside.

Considering the effective way to deal with this issue, Ramesh decided to make a complete steel enclosure. In 1994, with the help of a friend, Ramesh built a steel bodied enclosure in his truck. It brought the change in a way that logistics business worked.

They also realized that the wooden boxes they were using for packing were being damaged because of hammering on shifting. Later on, team made the boxes with hinges and 18mm of thermocol sheets for insulation. They also reduced the cost of freight drastically with their packaging innovation.

The expensive cartons which cost Rs. 72 for each were replaced with bags which brought down the charges to Rs. 38 for each. In place of corrugated sheets, they used flexible thermocol sheets, which cut cost to Rs. 2.5 from Rs. 7 for each sheet. They used air-packed containers to avoid damage to trucks’ petrol tanks.

People who were looking for exclusive trucks couldn’t afford the whole truck and not even covered the half of space. Team realized this problem and chooses to build lockers or trucking cubes. Each locker is offered to the customers according to their unique needs. Goods are shipped and packed in these lockers. Owner can keep the key and no one can open the lockers, except the owner. With these lockers, the company is focusing to transport food and pharmaceutical products.