StyleBank – Flaunt Your Style by Renting a Dress Online

Archana Doshi – From a Manager to a Successful Food Blogger 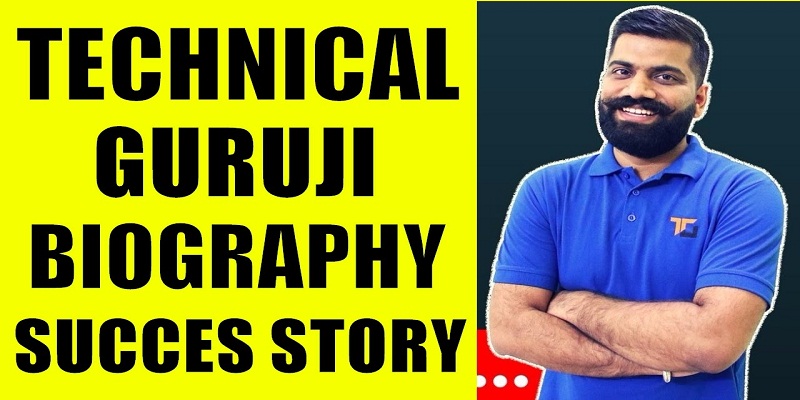 Founded by Gaurav Chaudhary, Technical Guruji is setting new benchmarks with millions of subscribers as the most popular Indian Tech YouTube channel, a milestone which he achieved within just 14 months. He is an Indian who makes “Technical” videos on smartphones and various technologies in Hindi, such as Video Compression, DDoS, and others. He makes very interesting and informative videos. On average, he uploads two videos every day.

Gaurav Chaudhary was born on May 7, 1991. He was very brilliant in studies. Along with it, he was also active and very curious on technical things. He was raised with this curiosity. He graduated from Rajasthan Technical University to earn the degree of B. Tech (Electronics) and he was also the topper in university.

For higher studies, he moved to Dubai where he has done M. Tech (Micro Electronics) and awarded with Gold Medal. He has done all of his studies in technical subjects. One day he was watching videos on YouTube. All of a sudden, he came across a YouTube channel “Sharmaji Technical” which was a Hindi Tech Review channel. He got an inspiration to launch another tech channel which would probably be the only channel to review and provide technical education in Hindi language.

He met the founder of Sharmaji Technical, Mr. Prabal Sharma and uploaded few videos in his channel. Those videos set a new record for Sharmaji Technical. This YouTube channel gives honest reviews on latest smartphones. For your information, both Gaurav and Sharma Ji have done B. Tech from the same college.

Today, Technical Guruji is one of the fastest growing YouTube channels in India. Within just 15 months, it has crossed over 800k subscribers. It is his dedication and hard work which led him to reach this milestone.

All he is today is because of his dedication, consistency and hard work. It is the only formula for his impeccable growth. If you also do what he does, you will definitely grow in your respective field. Let’s check out what are the secrets of his success.

• Gaurav has always created helpful and informative videos that everyone can watch and learn something from time to time.

• The way he speaks has always been so impressive. It is the biggest plus point for him. Today, there are millions of tech channels on YouTube. But most people prefer his channel only.

• His team never left any stone unturned in their duties. They keep on uploading videos from time to time. Currently, they are uploading at least 2 to 3 videos every day.

How Do They Do It?

As discussed earlier, Gaurav uploads two videos every day. It means he uploads 60 videos, on average, per month and, similarly, he uploads 720 videos in a year. Earlier this month, he started a whole new series, Sunday Masala. In this series, he also responds to subscribers’ comments. If you have any doubt or query, you may also ask your questions followed by #bologuruji on Twitter.

Technical Guruji uploads every video in Hindi due to which they are liked by maximum Indians. He speaks in a very common language that everyone can understand. His videos are also liked by the people in Bangladesh, Pakistan and Nepal.

As you know, income is not fixed in YouTube. It depends heavily on CPC ads. The CPC rate grows with the growth of a channel. On that basis, we have estimated his monthly income. He may be earning more or less than our estimation. The amount we have estimated is based on our experiences. There are chances that he might be earning more. Basically, he makes up to Rs. 5 Lac per month just from his YouTube channel. 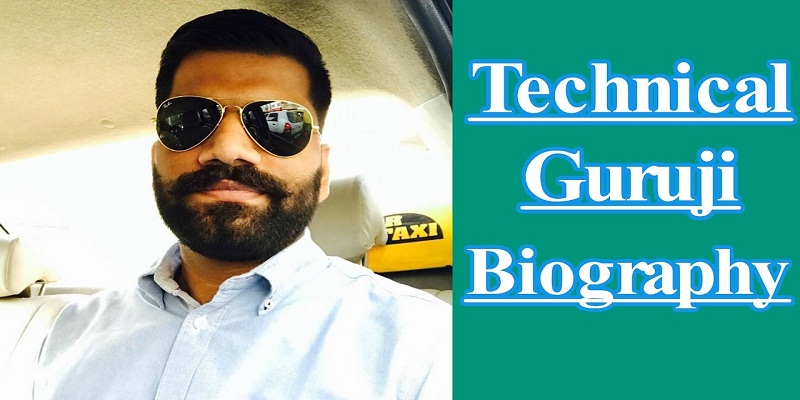 Some of the most interesting fans most of his subscribers and Tech Savvy people don’t know is Gaurav is one of the biggest fans of “BB ki Vines” YouTube channel and he generally prefers to wear half pants.

In order to provide added support to his subscribers, he has also launched his official Android app “Technical Guruji” He offers most user-friendly tech videos in this app. He wants everyone who has great interest in technology can access his videos on the go. Whenever he posts any video, you can access it directly on this app. You may also ask any question directly from this app.

Gaurav Chaudhary creates some of the viral videos every day in Dubai. He has loyal fan following and stays honest to his subscribers. He makes videos on several topics based on Science and Tech. So, he always prefers to give something different to his subscribers every time. We hearty congratulate Gaurav for completing over 1 million subscribers. It is the only Tech YouTuber in the country who achieved this milestone.

As Indians, we proudly wish Gaurav all the very best to cross other milestones with 2 million or more subscribers. He is the inspiration of most Tech YouTubers in India and we are pleased to see his achievement.