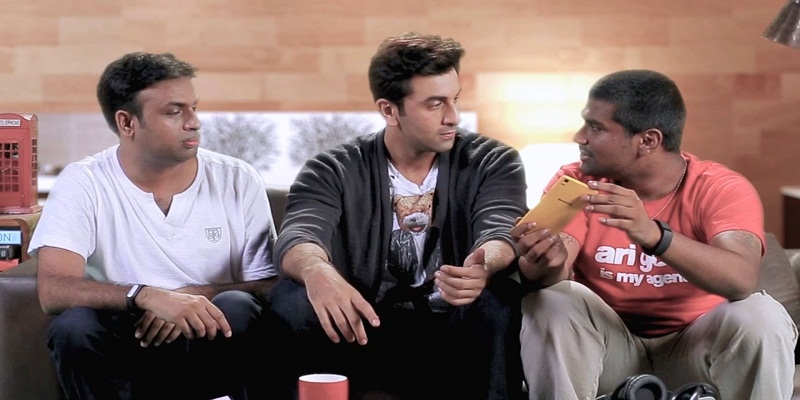 Also known as GeekyRanjit (his official YouTube channel), Ranjit Kumar is a gizmos and gadgets freak who reviews almost everything from smartphones to LEDs and explains how technology can make your life easier.

Ranjit as a Dreamer

Born in 1977 in Hyderabad, Ranjit Kumar is a self-made geek who is passionate about technology and gadgets since childhood. When he was just 12, he quickly realized that his passion lies in technology and computers.

Ranjit as a Programmer

He nurtured his true passion in programming in his late teens. At the time when not many people had computers at their homes, Ranjit was used to use his cousin’s computer and try his hand on all types of applications, programs, and making games. After Bachelors in Commerce Honors, he pursued a course in programming from Centre for Development of Advanced Computing (CDAC), Maharashtra. He was so passionate in programming that he kept on working on it all the time.

With his true love for programming, he ventured into web development. Along with serving as a freelance IT advisor, Ranjit followed his passion and started developing applications and sites for his US-based clients. He also developed largest humor portal in India, funtoosh, which carved a unique niche for around a decade.

As a Gadget Reviewer

Along with his love for programming, Ranjit just couldn’t stop himself from gadgets and technology and knew all the aspects of the latest projects out there. His opinions were so reliable and deep that his friends would definitely seek his suggestion before buying any product. He had great and in-depth knowledge in gadgets.

Due to his passion for gadgets and technology, along with his growing credibility in the same field that led him to create a site, tech2buzz in 2007, he could post his honest reviews about the recent products launched in the market.

Tech2buzz has become a hit among the users due to the accurate and unbiased opinions offered by Ranjit on all of the products. Even though it would take a bit long for him to review the gadget or product, he would like to post the same only when he was satisfied with it completely. He makes extra effort to check and review the latest products before any customer buys. 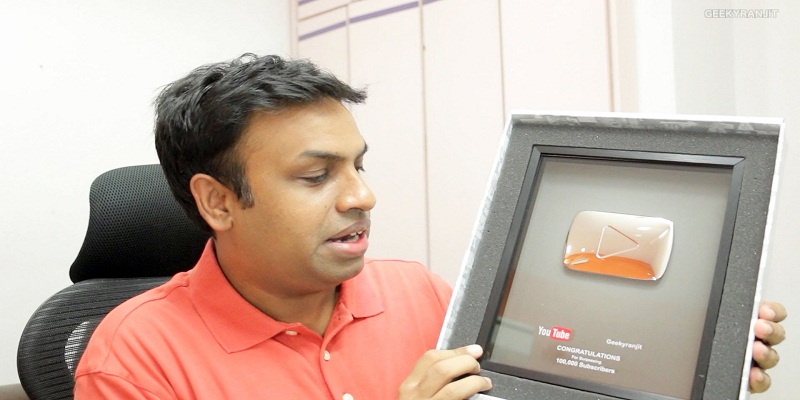 With technology and internet advances not just spreading widely but also making a shift from PCs to smartphones, the means and demands of companies to reach the users has been increased. To cater to these needs, Ranjit has decided to provide the actual feel of the gadget, product, and technology. His reviews are mostly inspired by “TechnoBuffalo”, a YouTube channel he found as the best answer in YouTube.

He launched his YouTube channel when there was no monetization feature available. Inspired from his thirst of technology, Geeky Ranjit has been launched as his official YouTube channel. He started with ASUS router as his first review. When it failed to generate proper response, he approached several companies regarding sponsorship but it didn’t get much response.

When it still didn’t go well after working hard and a long wait, Ranjit decided to use his great entrepreneurial skills and set a budget for next few years and chose to invest in his new YouTube channel, GeekyRanjit. His strategy was buying gadgets and products with his money, using them, and posting their reviews on his channel.

He expanded his audience base with his genuine reviews and it has been widen soon enough to start earning from YouTube. Even though he would resell the products he purchased for reviews, he was not on plus aspect at the end of three years. He was earning not enough for profits. After all, his hard work and consistency paid off, despite being late. His subscribers’ base started multiplying. In 2017, he has around 820K subscribers and counting.

GeekyRanjit literally doesn’t need any introduction. He is a gadgets and smartphone freak. He is a well-known YouTuber in the country whose reviews are like Holy Grail of technology when it comes to devices and it provides all the honest reviews regarding latest gadgets that are coming up in the market like tablets, smartphones, and phablets.

His in-depth reviews about the latest gadgets just from the unboxing of product to the details about the pros and cons of gadgets are his USP. He speaks in simple English and he is well known to start live Q&A sessions and he also has his own trailer about the channel.

• Known for his honest reviews and unbiased opinions

• GeekyRanjit is one of the top rated YouTube channels

Based in Hyderabad, Ranjit Kumar was a programmer who was leading and earning more than simple life, like most of his community people. The only issue was that he was bored in life. In order to do something different, he started his gadget review channel. At first, he started with text-based reviews which evolved into videos, which he uploaded properly on YouTube.

He barely got any views in the first year, with just 1600 subscribers. Instead giving up, he continued and uploaded 6 videos every week. In 2014, things started to change. The 38-year-old geek added over 800 to 900 subscribers per month. He has done everything himself. He used to spend over 10 to 14 hours per day with his videos and getting engaged with his followers.

It took just two years for him to break and around 3 years to make it big. He conducts live Q&A sessions every Saturday at 7pm. His followers tweet the questions to him. Most of them are young, tech-loving professionals and college students who are looking for gadgets. His followers’ base was growing and it was noticed by tech companies.

This inspiring success story of this passionate, hard working geek instills a firm belief in the heart of people who develop endless love for their passion. It inspires us to stick with what we love.