24 year old Roman Saini, IAS Officer has decided to quit his job in his passion- teaching.

When you are 24 year old what do you do? You have already earned your medical degree, cracked the civil services exam and become an assistant district collector? You dream, of course, of a bright future in administration and crack the top most exams. And that is exactly what Roman Saini did not do.

After two year, Roman Saini has resigned as assistant collector of Jabalpur and entered into that area where he may neither earn like a doctor nor wield clout like a babu. He wants to help students across the country realize their dreams. He uploads lectures on his ‘Unacademy’ platform on YouTube. It is helpful and aspiring to become doctors, civil servants, computer developers, even experts in foreign languages. Unacademy has has 20,000 Twitter followers and 64,000 Facebook likes while some followers have cleared the civil services exams and more than 1.5 core have viewed the videos.

He was inspired by his school friend Gaurav Munjal, who approached Saini with the idea when he was doing MBBS at AIIMS.

Saini says, “My aim is on making quality education accessible” and I thing that offline mode is not proper way to achieve it. Internet is proper way to reach the millions people so there is massive need for technology intervention due to paucity of infrastructure and human resources. That is why I decided to pursue full-time the concept of unacademy.

Jabalpur collector S N Rupla said that Saini had decided to quit the IAS in September last year as he wants to do at country level. He started free tutorials for young students. Rupla said adding that his resignation is accepted by the department of Personnel and training.

It is not easy to resign the high profile job and starting a vision and Saini certainly went through an internal churn. It didn’t help that his father, an engineer, and brother, a pediatrician, weren’t happy that youngster was chucking a perfectly good government job with security to pursue a dream. They hadn’t complained when he decided to discard the stethoscope for grimy files, but this was not the better alternative. Saini says,” I had dedicated two years to prepare for the civil service exams”. There were many factors were involved, so I consulted everyone possible. 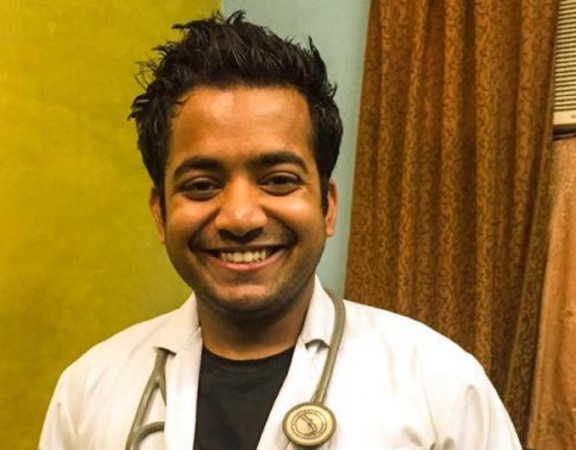 24 year old Roman Saini, IAS Officer has decided to quit his job in his passion- teaching. When you are 24 year old what do you […]
Do you like it?1
2 Read more