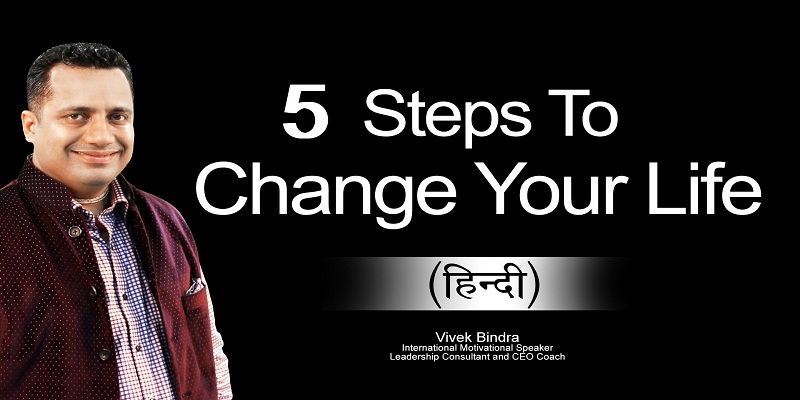 Dr. Vivek Bindra is a Leadership Consultant, International Motivational Speaker and CEO & Founder of Global Academy for Consulting & Training. He has been the leading and trusted adviser for around 100 corporates. He has been crowned by Maruti Suzuki as the Best Corporate Trainer in India. The International Association of Lions Club has awarded him as The Best Motivational Speaker in India. He holds Honorary Ph.D. as Doctor in Philosophy.

He is a revolutionary and trusted adviser to around 1500 companies. He has been the inspiration behind several top-notch business entities and high-profile entrepreneurs offering leadership excellence to take their companies to another level. He is renowned in offering CEO training to up to top 100 CEOs in India. Marshall Goldsmith has awarded him with Best Leadership Trainer in Asia Award at World HRD Congress.

He has proven track record of inspiring over 1 million people to date as a Keynote and Motivational Speaker. He leads management principles, a different flagship program with Bhagvad Gita. He has written over 10 highly inspirational and motivational books. His motivational YouTube videos crossed over 12 million views worldwide.

He has been the reliable adviser for 500 corporate companies, including various high-profile businessmen, entrepreneurs, corporate houses, along with world-class business entities offering sensitive and critical intelligence for success and growth.

As a Motivation Speaker – Vivek Bindra

He has motivated and inspired up to 6,00,000 people in daily lives and supported them to accept their real potential. With his endless charm and charismatic persona, he has captivated and motivated thousands of corporates. His improved energy levels increase the engagement and enthusiasm levels of the listeners.

Maruti Suzuki has awarded him the best corporate trainer for two consecutive years. It is such a great achievement for Mr. Vivek Bindra in L&D Industry. He also leads an unusual program through Bhagvad Gita for corporate success. He has pioneered in this signature program in India to deliver concise lectures and clear principles of management for sure short success in modern era.

He has authored over 10 highly inspirational and motivational books. From inspiration and leadership to sales, Mr. Vivek Bindra has written an amazing success story with his impeccable writing skills. One can find his books in all the top bookstores across India and online. His motivational videos are being viewed online in 190 countries. He has over 77000 subscribers worldwide and over 3 million viewers.

The International Association of Lions Club has awarded him as the Best Motivational Speaker in India, an accolade among several other honors awarded to him. He is a highly anticipated Executive Coach for around top 100 CEOs across the world. He has been the leading name of success coaching in various leading industrial leaders across the country and it contributes to his significant achievements.

Mr. Vivek Bindra has been awarded with the Rotary Excellence Award. He has been inspiring thousands of people with his motivational speeches. He has been regarded for his Rotary Excellence Award for his great work. His work has been followed by millions of people worldwide. He has great fan following across the world. Millions of people are attached to his deeply inspiring, fiery, motivating, inspiring and passionate speeches. He has helped several falling and failing lives to lead a life in a very constructive and sensible way.

He has created a World Record in training for the largest number of HR executives and professionals. Over 800 HR professionals have been gathered under one roof in all domains. He created the recorded when the largest HR conclave held in the country. His outstanding feat made way to the “Golden Book of World Records”.

He is renowned among the greatest leaders and brands in India 2015-16. It became another valuable jewel in the name of Mr. Bindra when he was honored with the greatest brands and leaders 2015-16 award in an event by Price Waterhouse Coopers. He has trained and traveled in over 25 countries and his work has been recognized by millions of people worldwide. 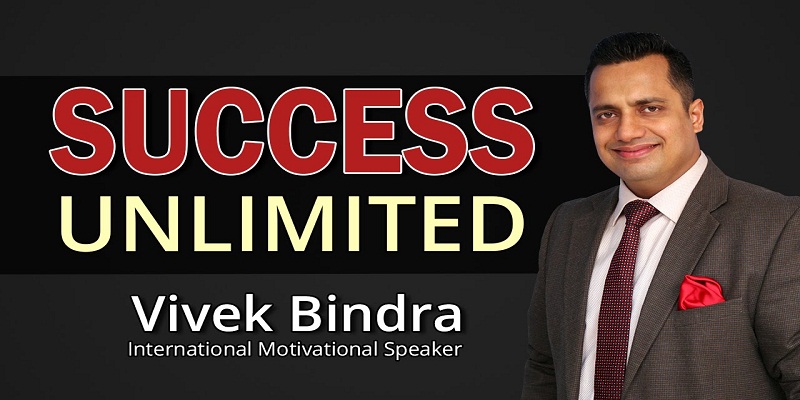 Dr. Vivek Bindra has written 6 highly inspirational and motivational books as well as four DVDs. From leadership to sales and inspiration, he has written great success story with his amazing writings. First of all, he authored three books –

• From Pocket Money to Professional Salary

These books were published in 2014. He published other three books in 2016

• Everything about Corporate Etiquette

• Everything about Effective Communication

Dr. Vivek Bindra is ranked as the “Best Leadership Trainer in Asia” by the Corporate India. He has won up to 100s of recognitions and awards. He has been awarded as “Think Tank of Corporate India” with Leadership Excellence Award by the World Leadership Federation, Middle East, Asia Summit, and Awards. He has been recognized as the most valuable jewel o India’s Greatest Leaders and Brands – Pride of the Nation Award 2015-16.

He has earned the Best Motivational Speaker Award after transparent and insightful analysis on 60 corporate trainers by Maruti Suzuki from different parts of the country. He was awarded for his consistent performance over one year on the course content, feedback analysis, his delivery quality, closeness of expected delivery, as well as practicality of concepts and ideas delivered by him.

He has also achieved the Appreciation Award from the Rotary Club of New Delhi. He has done motivational seminar for MCD South Delhi Municipal Corporation to train 50 inspectors.

Mr. Vivek Bindra has also been honored for his Expression of Gratitude by the Institution of Chartered Accountant of India for an innovative program to introduce GMCS Scholars. Mr. Motilal Gupta (Founder Chairman Saidham) honored him for the development of adolescents by taking seminar for street and special children.