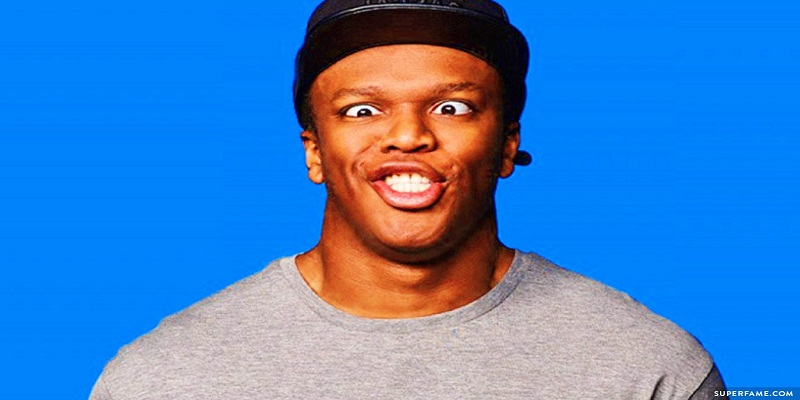 Also known as his stage name KSIOlajideBT or KSI, Olajide William “JJ” Olatunji was born on June 19, 1993. He is an English rapper, comedian, and YouTube star. As of October 2017, he established himself with over 3 billion views and over 17 million subscribers. He has become the well-known music sensation and his channel is 35th most subscribed YouTube channel in the world. KSI released his EP Keep Up debut in 2016 which reached #1 on UK R&B Albums chart and also charted in various countries.

His younger brother Deji Olatunji is also a popular YouTube star called as ComedyShortsGamer. Deji and JJ ranked No. 1 and 2 respectively as Tubular Labs’ “UK’s Most Influential YouTube Creators” in 2015. JJ is a follower of Arsenal F.C. football club and appeared on various shows, such as BT Sport where he represented England in FIFA and Alex Oxlade-Chamberlain, which is Arsenal midfielder. He has also been revealed to be agnostic.

KSI has been the center of controversy after his actions at an event, Eurogamer in 2012 which rose when he appeared at the launched party of Xbox One in London. With the controversy arose because of alleged sexual harassment of guests in the event, Microsoft has cut ties with the commentator of video game and he was banned from Eurogamer Expo for lifetime.

According to a KSI’s manager message, “He don’t want to be alleged with sexism. He wants to apologize for any offence may have been caused in a while on his YouTube channel. He has also been avoiding some content in distant past in recent months and going to be judged on superior content and value given by him to the partners and brands, without controversy.”

KSI vs. FIFA The Record Slam

KSI has appearance on “KSI vs. FIFA The Record Slam” video in February 2013 made by GWRomg where he broke the last world record for most goals scored of 110 goals as he scored 190. Hence, he was also appeared in Gamer’s Edition of Guinness World Records in 2013.

KSI signed with sub-network of Maker Studios, Polaris in October 2013. He along with five other YouTubers on October 19 formed a group named Ultimate Sideman (later shortened to Sidemen), which initially covered himself, Simon Minter (miniminter), Ethan Payne (Behzinga), Tobi Brown (TBJZL), Josh Bradley (Zerkaa0 and Vikram Barn (Vikkstar123). The group had another member Harris Lewis (wroetoshaw) in 2014. KSI visited Las Vegas when it defeated co-founder of Virgin Gaming, Zach Zeldin in FIFAwhere he discussed the launch of paid-channel project of YouTube Red.

KSI stopped uploading YouTube videos in early 2017 and later released a video in July and stated that he didn’t like the way YouTube is going. On August 4, 2017, he tweeted that he would leave Sidemen group. 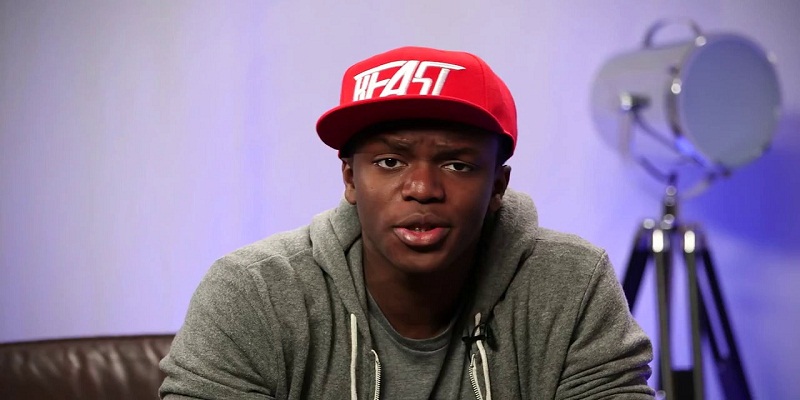 KSI landed into music in 2011, especially as a rapper. Starting with Randolph, fellow YouTube who released ‘Heskey Time’, rap song on Emile Heskey released just before Christmas on iTunes in 2011. The video has Heskey who is missing different chances on FIFA. After the “Heskey Time” success, he started doing segment on “Football Rap Battles” segment, a video series following the same vein in Epic Rap Battles of History. He, along with Randolph, started playing the characters of famous personalities in the world of football.

Even though it started up with the raps having world-class footballers, such as Mario Balotelli, and Sir Alex Ferguson and other managers involve KSI against Robin van Persie in which he hit out at the acrimonious transfer of van Persie from Arsenal to Manchester United.

He also has appearance in music videos directing and appearing with Driodeka in his music video for Get Hyper and it also collaborates with Sway, the British rapper, and released two tracks with him. KSI launched his first single on March 23, 2015 as solo artist titled “Lamborghini”, having P Money, who is the rapper.

The song was released under Dcypha Productions, the record label of Sway. KSI announced Keep Up, his debut EP on October 29, 2015. Island Records released it on January 8, 2016. The title track having June of EP was released on November 13, 2015 along with a music video which was released two days back.